Does altitude impact the flavour of your coffee? 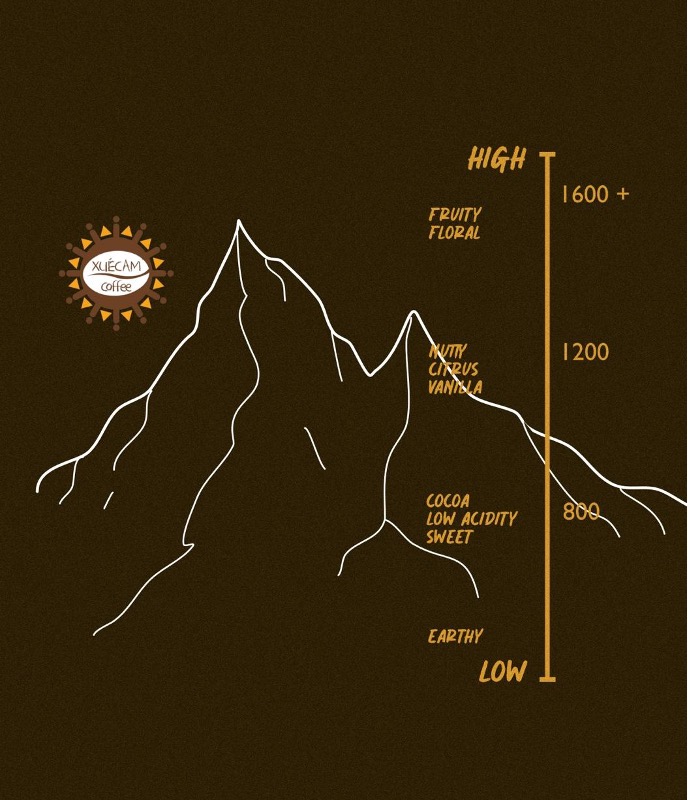 Coffee is one of the most widely consumed drinks in the world, regardless of the time of the year. Its versatility allows it to be a good option in either hot or cold, every season. Caffeine becomes the energy drink for long workdays, gym sessions and meaningful conversations. But what makes a good cup of coffee?

Not every cup tastes the same, there are myriad of factors that can impact the taste, smell, and quality of coffee beans. Altitude, rainfall periodicity, soil, production system, harvesting process among others are the principal factors that may impact the ‘organoleptic’  (the effect on the senses) characteristics of the cup of coffee you were drinking this morning.

In general, coffee species suffer if there is a marked change of climate with season, hence, coffee plantations are mostly seen in tropical countries. Its plants flourish in mild conditions and therefore, altitude plays a big role in this type of crops. Roughly, temperature tends to decrease by 0.6C for every 100m of altitude.

Altitude in tropical regions is rather beneficial for coffee plants due to the stability of temperatures below 3000 m. For Arabica coffee plantations the optimum temperature is between 15 C and 25 C. Below 15C, and close to freezing temperatures cell damage is induced and eventually, the plant would die. Ideally, the rainfall should be between 1200 and 1800 mm annually.

Differently to Arabica, Robusta coffee plantations are more resistant to higher temperatures (22 to 30C) and higher rainfall 200- 2500 mm. This type of coffee plantation prefers lower altitudes being the reason why Robusta Coffee is  produced in the surrounds of the Congo River basin, below 1000 m.